Review of Fabriano: City of Medieval and Renaissance Papermaking 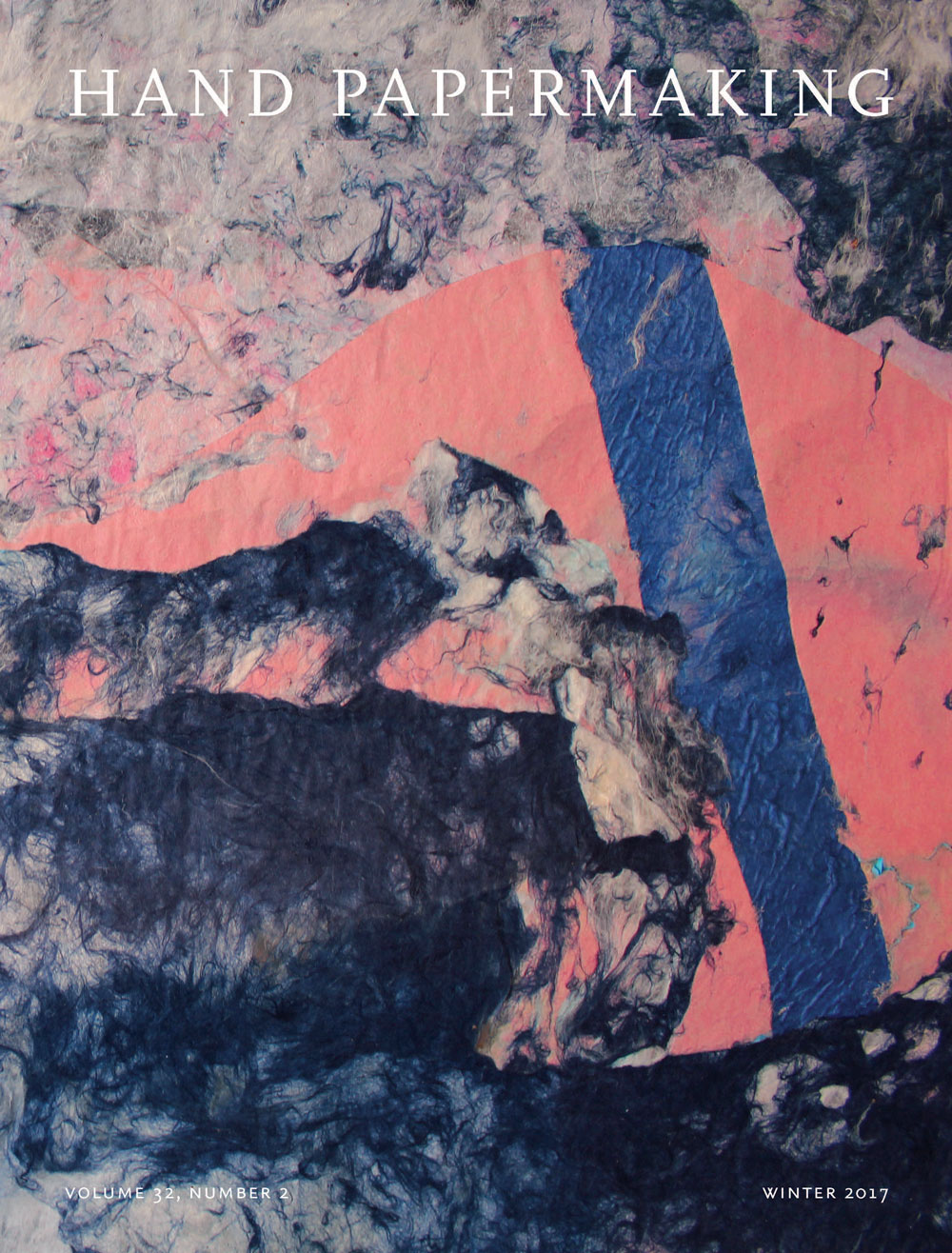 Minah Song   is an independent paper conservator in the Washington, DC area. Previously, she worked as a senior paper conservator at the Conservation Center for Art and Historic Artifacts in Philadelphia. Currently a senior paper conservator at the Library of Congress, Sylvia Albro has published a comprehensive study of papermaking in Italy, written with extraordinary knowledge, attention to detail, and dedication to the subject. Over the last sixteen years Albro has conducted meticulous research into Italian papermaking and, as a result, provides an attentive interpretation of historical accounts and examples of Fabriano paper from various collections. Thanks to Albro's exquisite knowledge of Italy, its language, and culture, the story of the papermaking industry in a town in Marche province seems effortlessly narrated despite a considerable amount of historical information.

She emphasizes an understanding of the history of papermaking within a semantically rich social context including economics, politics, technology, culture, religion, and, last but not least, the complicated relations of power. As Albro notes, "To reconstruct the entire medieval production cycle of papermaking—from collecting rags to marketing the finished product—a variety of original source material must be consulted, including commercial record books, technical treaties, and original paper samples…. The task is complicated by the fact that although the records are rich in both names in numbers, deciphering them requires a highly specialized knowledge of paleography, medieval history and Latin, as well as a facility with the Fabrianese dialect of the period." As our interpreter here Albro is both familiar with the technical details of the papermaking craft, and well-versed in the vocabulary of medieval merchants, notaries, and shopkeepers. In an absorbing and clear way, Albro delineates various hypotheses explaining the origins and development of papermaking in Italy. Each provenance—from the Northern-Italian-cities theory pointing out to Genoa, Pisa, and Venice, through Gasparinetti's Ancona theory, and up to Amalfi and Fabriano arguments—is explicitly described. The second chapter provides the reader with an insight into the possible structures of early Western papermaking. Albro persuasively links different sources to the final establishment of a local papermaking industry, marking the development with the first dated Council Book published in Fabriano, Libro Consiliaro of 1293. The third chapter "Improvement and Innovation" details the immense amount of change and development during that particularly challenging time frame. Thanks to Albro's deep and broad research the narrative remains comprehensible as she traces the evolution of fourteenth-century Fabriano paper into a high-quality product by means of impressive craftsmanship and remarkable advancement of technology. Groundbreaking improvements covered in this chapter are the water-powered stamper, a machine revolutionary for the period and a key factor in the success of Fabriano papermakers; gelatin sizing; watermarks; and the fixed-wire mould. Through Albro's deft explanations of the inventions and their effects, the reader can grasp the true character of the dynamic growth of the paper industry in Fabriano. In the the fifth chapter "Medieval Papermaking Workshops," Albro brings to life the medieval papermaking workshop, with discerning observations of its structure, operations, and management. She meticulously describes various stages of the papermaking process—from rag collection to polishing and packaging of paper, and while doing so she demonstrates how the financial system and demand-and-supply economics affected the well-being of the individual workers, who, in turn, had the ability to change the course of the industry. As Albro points out, while each stage was performed by different workers and the stratification was reflected in wedges, workers of different status would be instrumental in reshaping the trade in a later period. The case of Fabriano also serves as a focal point for the evolution that was taking place throughout the whole Apennine peninsula. Albro calls attention to the relationship between production and the  dynamics of power relations within the papermaking industry. The reader comes to understand how the gradual accumulation of control in the hands of merchants changed the whole structure of Italian papermaking, and, interestingly, encouraged a higher mobility of skilled papermakers. The tension between the guilds trying to exercise control and the artists forced to search for new opportunities had also a familiar side effect—the immigrants started replacing the craftsmen in manufacturing. To some extent, the history of Fabriano papermaking reflects the general case of socio-economic power struggle, between the laissez-faire approach of merchants, the regulatory position taken by the guilds (originally founded to protect the craftsmen but sometimes overly concerned with inventing means of subjugation), the artisans trying to exercise their freedom of creativity, and finally the church casting a disapproving look over what it perceived as "hasty changes." Albro stresses the importance of the fact that Marche belonged to the papal states and that the church had considerable control over Fabriano. While this amount of data could be overwhelming, Albro skillfully captivates the reader's attention by zooming in on the personal stories of people and families, some that carry all the traits of a good historical mystery, for instance, the plot against the Chiavelli family which culminated in an assassination attempt. Albro's ability to seamlessly switch between the wide perspective and the close-up is particularly evident in the last chapter, where the industrial reinvigoration is narrated through the fascinating personality of Pietro Miliani, craftsman and businessman, who almost singlehandedly rejuvenated Fabriano papermaking, successfully combining handson experience, broad knowledge of the craft, and an innovative approach to the industry. The rich content of the appendices is also worth mentioning. Albro's article, "White Wonder: The Chemical and Physical Characteristics of Early Fabriano Paper" lists important technical aspects and properties of early Fabriano paper. Another article, "Determination of Metal Content in Fabriano Paper Used in Early Italian Printed Books" by Lynn B. Brostoff, demonstrates how the trace-element composition of paper can yield valuable information while being achieved by non-invasive methods. Lastly "Selected Fabriano Paper in Special Collections of the Library of Congress" contains an extensive image bank of Fabriano watermarks. These images, in addition to a glossary of Italian terms, will constitute a very helpful repository for paper historians, conservators, and scholars. Albro's book presents well-documented and thorough research of the origin and development of Fabriano papermaking. Her passion and devotion for Fabriano paper will certainly be appreciated by the reader. Albro's vast practical and theoretical knowledge of paper and the studies conducted in situ are invaluable, making the text attractive to anyone interested in Italian papermaking. Fabriano: City of Medieval and Renaissance Papermaking is a complex work that, at the same time, remains accessible and engaging, and should be recommended not only to paper professionals but to all who love paper.
<