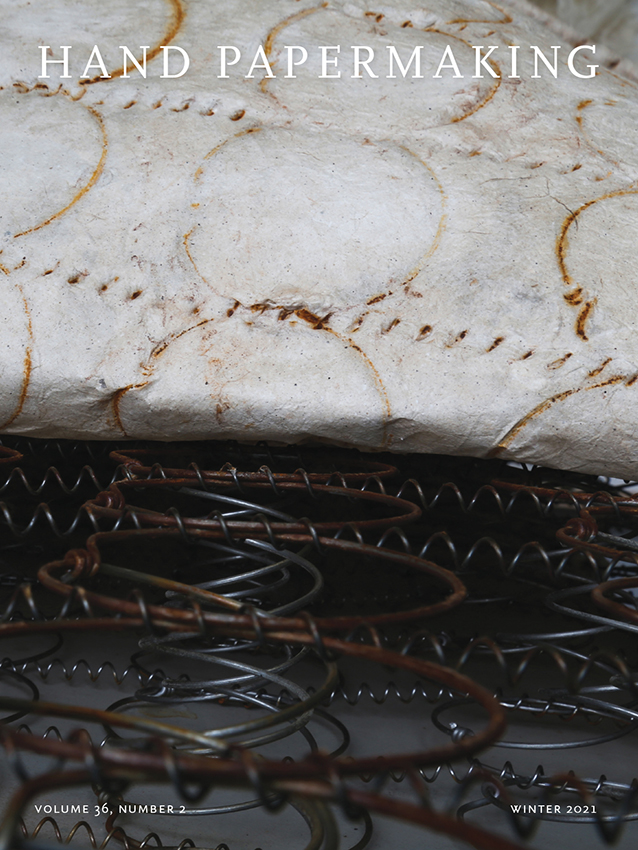 ‍Daricia Mia DeMarr discusses daydreaming as an act of self-care and self-preservation in her conversation with Renee Stout.

Subjectivity is one of the most fascinating aspects of art viewing. Every work of art visible to the human eye can be perceived uniquely. Our experiences, education, and perspectives shape how art is interpreted or appreciated. Like meeting a new friend for the first time, artwork that freshly appeals leaves a satisfying impression. It drives a message of connectedness, an understanding that is challenging to articulate, yet undeniable in the emotion it propels. This is the experience I had after being introduced to Renée Stout’s art. With significant overlaps between her practice and my interests, discovering her work was much like starting a great conversation with a stranger I want to know better. And when she agreed to be interviewed, I was overjoyed. Our conversation was sumptuous; included here are excerpts from our interview.

Daydreaming can be defined as a pleasant, visionary, usually wishful creation of the imagination. With her artwork, Renée Stout crafts daydreams of alternate realities to complement and confront a demanding world. Born in Kansas, raised in Pittsburgh, living in Washington, DC, and deeply connected through her art to New Orleans, Stout has strong ties to multiple parts of the United States. She attended Carnegie Mellon University, where she trained as a photo-realist painter. Her coursework included a hand papermaking class that introduced her to the process. Her experience began and ended with that single introduction, until later in her career.

Following a traditional fine arts education consisting of formal painting practices Stout grew dissatisfied with painting on canvas. She craved modes of creativity that liberated her practice from the strict parameters of the conventional four corners of stretched canvas. Her visionary creations called for alternative means of expression. Stout speaks to this in her artist statement:

“As a visual artist, I choose to explore these ideas and concerns through the variety of media that’s available to me. Originally trained as a painter, I came to realize that my creative vision was so expansive it would be confining for me to limit myself to creating in one medium for my entire career. When an idea hits me, I immediately decide which materials will best allow me to make that idea tangible. As a result, my bodies of work have included paintings, drawings, prints, sculpture and photography. I see each one of my pieces as a fragment or installment in an ongoing narrative that’s my contribution to telling the story of who we are as a society at this point in time.”1

In keeping with her formal education as a painter Stout began to incorporate other forms of media in her work, as well as expanding into sculptural objects, assemblages, installation, and performance. With broad strokes of creativity, she weaves spiritual and ancestral components to honor and expand on often overlooked African and African Diaspora histories. Stout explores and reconciles the past by weaving fact and fiction into a narrative or character to better understand the present. She ultimately aims to create art that encourages self-examination, selfempowerment, and self-healing by harnessing the belief systems of the African Diaspora.

Several years following Stout’s college papermaking course she was invited to participate in a women’s book making competition that the National Museum of Women in the Arts (NMWA) sponsored. It required that artists practicing in different media work together to produce a book. Stout collaborated with poet Carol Beane. For the book Stout’s artwork was paired with Beane’s poems printed on handmade paper that was produced by staff, interns, and students at Pyramid Atlantic Art Center. The book won first place and this collaborative project reintroduced Renée Stout to handmade paper.

As a multidisciplinary artist Stout’s practice is characterized by narrative and medium. Often the narrative demands an unexpected or unusual element. Following the NMWA exhibit Stout would occasionally pull from her stash of handmade paper and incorporate pieces into artwork. With an impulse for experimentation and a desire to paint on anything but canvas, she began to harness the paper as a surface for painting. During our interview she detailed:

“Now that I have been working with the paper and I know how it responds to different things because I have experimented on it, I’ll think of something I want to do, and I’ll say, the handmade paper will be good for that. I like what it brings to the piece. It has its own qualities. I never thought that I’d be painting on handmade paper.”2

A fundamental aspect of Renée Stout’s work is experimentation, imagining possibilities both with material and content. Mystical themes are also present that address magic and second sight. The element of serendipity and chance that ushered handmade paper into her practice is in alignment with some of the themes present in her art.

As an empath Renée Stout experiences the pain and trauma of others. In 2018 as a remedy to the tumult of a harsh Trump administration, coupled with divisive racial tensions, Stout produced a series titled Guardians of the Parallel Universe. Like a portal from a daydream to an alternate reality, Stout created a world where she is emotionally protected by supernatural beings and a band of Hoodoo Assassins.

Stout remarked that even earlier, “In late 2014, I started getting these strange feelings of foreboding, like something wasn’t going to be right for a while...the parallel universe is a metaphor for me to keep reminding myself that while I’m in this I don’t have to succumb to it and be of it...it disturbs me, but I can put myself someplace else. So I make tangible for myself a universe that I can thrive in.”

The mixed-media painting Guardians of the Parallel Universe is a captivating, almost hypnotic image that draws the viewer’s gaze directly into a cosmic gateway. Mystic creatures occupy all four corners of the picture plane. These characters are guardians of this universe. They subvert conventional Western labels that define them as savage and deviant, like the snake and voodoo doll. The jigaboo is shameful and exploitative from a Western perspective but Stout reshapes the characters as necessary and powerful in her universe by inverting their generally accepted meanings. They each bring her protection and support.

For many artists the practice of art making is cathartic; it serves as a form of expression as well as self-soothing. With the characters in Guardians of the Parallel Universe, Hoodoo Army, and the Botanical Series, Renée Stout draws inward and renders visual talismans from a world she has crafted to tolerate external discord. The Hoodoo Assassins are the soldiers for the Hoodoo Army and with the Botanical Series, the musing, memories, thoughts, and concoctions for healing are drafted on handmade paper by an unknown resident of that realm. Stout’s goal is to share as much detail as possible about the space/place she has created.

Several images of the Hoodoo Assassins are painted on handmade paper. They include “certification cards” outlining the profile and expertise of the assassin. The card for Hoodoo Assassin #5 (the Lieutenant) (2019) reveals she is a master of poisonous botanicals. The paper is rich with a textured surface and veiny lines. Much like a mugshot, the assassin faces the viewer directly. Her smile is elegant, the treatment of paint is vibrant and dramatic as it responds to the nature of the paper. This woman, employed by Renée Stout’s imagination, has kind eyes, gold hoop earrings, and dramatic eyebrows and hair. She looks familiar, like a neighbor or relative. One interpretation of the significance of making her assassin visually accessible is to make the ordinary, extraordinary. This Black woman, who could be any Black woman, is a supernatural protector of a sacred realm or she can be your colleague or hairdresser.

Hoodoo Assassin #1 (2019) includes two figures. One could be a self-portrait of Stout glancing to the left with locked hair, holding and blowing out smoke. Above is an upside-down gruesome alternate with mystical symbols orbiting her head. The horrendous deformity of the upside-down figure juxtaposed with the unbothered right-side-up figure reflects a stark division between parallels. Has the assassin cast out an unwanted intruder in the parallel universe or perhaps a dark thought or feeling from the maker and model for both figures, Renée Stout? Again, this series promotes the concept of employing the imagination for empowerment and agency while rendering the ordinary extraordinary.

For her Botanical Illustrations (2019), the artist used handmade paper to create detailed writing, lists, brief notations, diagrams, and illustrations. She crafted written guides for healing and manifesting psychic ability. The illustrations serve as a curio from the pages of a gifted spiritual worker from Stout’s parallel realm. She noted:

“[With] the botanical stuff, I want to make...the healing plants from the parallel universe. I’m trying to show every aspect of this. When I use text in something...I like to put the viewer in the place of being a voyeur. I want her to be so real to you that I even start to give you clues into...the way her mind is working, what she is thinking. So that when the viewer reads the text I want them to feel like they got a peek into a journal or behind the scenes. I like to give them some information... like they are looking at something they should not be seeing.”

After significant time researching and speaking with Renée Stout I understand her artistic practice as a form of spiritual activism, a practice that brings together the otherworldly and inward-focused work of spirituality and the outwardly focused work of activism (which deals with the conditions of the material or physical world).3 She uses faculties rooted in traditions of the African Diaspora and promotes images and concepts that champion its people. This work is, in essence, daydreaming as an act of self-care and self-preservation while expanding the boundaries of alternative narratives.

2. This quote and all other interview quotations are excerpted from the telephone interview conducted by the author with Renée Stout on March 6, 2021.

the streets of used to be: the poetry of carol a. beane and the images of renée stout, 2009, 7. x 12 x . inches (closed), artist book (letterpress printing on handmade paper cover, archival pigment prints), edition of 125, supported by the Library Fellows of the National Museum of Women in the Arts, Washington, DC, and produced at Pyramid Atlantic, Silver Spring, Maryland.